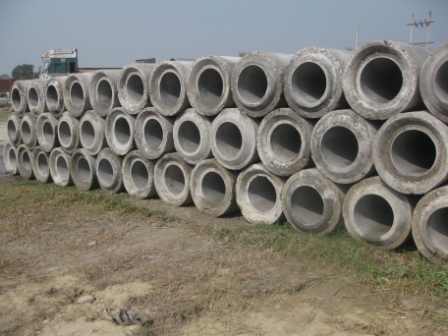 RCC Hume Pipe, so called because it was developed by Sir Walter Hume from Australia in 1910

Reinforced Cement Concrete (RCC) Spun / Hume Pipes are generally used for water drainage, sewerage, culverts and irrigation. RCC Pipes are very much preferred for such usage because they are leak proof, are easily repairable and are non-reactive to sewerage toxins. Concrete Pipes has been estimated to easily last around 100 years and as such they are fit and forget solution which is why they are preferred over other materials for such usage.

Hume Pipe is also known as Spun Pipe as it is manufactured while spinning the cage at the time of pouring concrete. In HUME pipe manufacturing process, feeding of the concrete is done manually and cages are prepared and fitted into the mould as per the size of the Pipe. Once reinforcement cage is prepared, concrete mix is poured into the spinning mould. High grade Concrete Mix above M30 is considered ideal for Hume Pipe manufacturing.
Casting of HUME pipe is done using the HUME Pipe making machine.

2.5 meter and as per requirement

RCC Hume Pipes are made from cement, course and fine aggregate, sand, mild steel and HT Rods and bars. 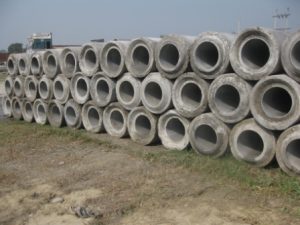 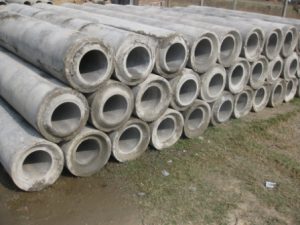 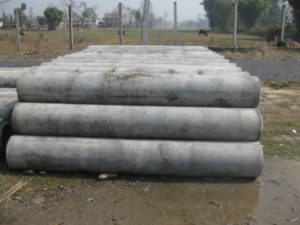